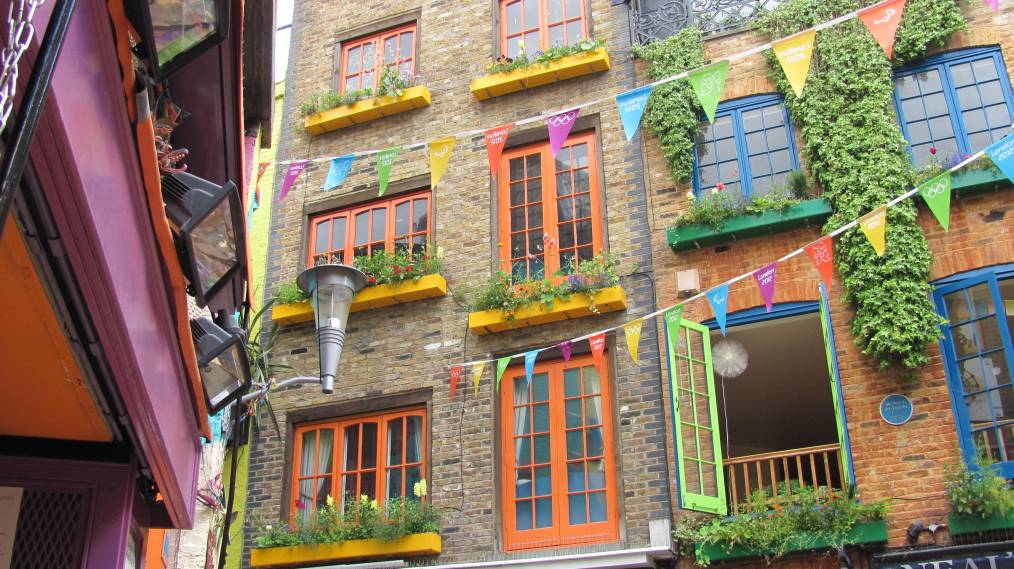 Well, it’s Saturday. And I’m leaving tomorrow afternoon. But you know what? I’m not too sad about it. I think I’ve had my fill of London for now and all I can say is that I hope I’ll be back someday.

Granted, this trip wasn’t the life-changing experience I was hoping for, but I was forced out of my comfort zone many times, which was good. I got to act, I got to read Shakespeare and I finally fulfilled my dream of seeing productions at the Globe. I went to museums, saw Keats’s house and saw amazing musicals and brilliant plays.

I’m just very grateful. But as long as the people I love are in California, that is where I belong. I will miss London, and I’ll miss Shakespeare, but it’s time to go back. I do think that this was good for me – one last passionate fling with Shakespeare was exactly what I needed. But, honestly, it doesn’t need to be the last fling. It’s just going to be one of those things that never, ever ends. 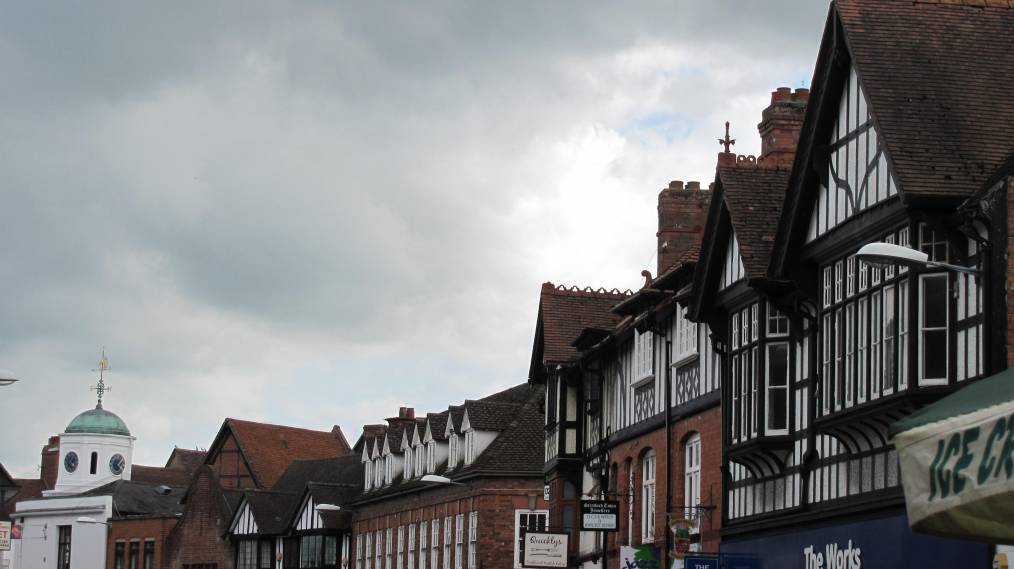 It isn’t good-bye just yet, though. I’m still seeing Richard III tonight (SOMEBODY SAVE ME) but when that’s over – arrivederci, London! We will meet again!

“For God’s sake, let us sit upon the ground,
And tell sad stories of the death of kings:
How some have been depos’d, some slain in war,
Some haunted by the ghosts they have depos’d;
Some poisoned by their wives, some sleeping kill’d;
All murdered – for within the hollow crown
That rounds the mortal temples of a king,
Keeps Death his court: and there the antic sits,
Scoffing his state, and grinning at his pomp;
Allowing him a breath, a little scene
To monarchize, be fear’d, and kill with looks;
Infusing him with self and vain conceit –
As if this flesh, which walls about our life,
Were brass impregnable – and, humour’d thus,
Comes at the last, and with a little pin
Bores through his castle wall,  and – farewell king!”

Then: applause! I did this speech for the performing part of our course. We had to memorize a passage and perform it in front of the class. My hollow crown was simply a crown of flowers that I had bought previously. I sat down (even though people had told me not to because it’d be boring) and said, “For God’s sake, let us sit upon the ground and tell sad stories of the death of kings.”

Everybody was silent and almost in awe. I was in awe of myself because I managed such a perfect delivery – my voice wavered and I was panicking because I was starting to feel the pressure that Richard II was feeling. Only seven people got votes for the best performance and, even though I didn’t win because one girl sang a song and she won by default, I was one of the people who got votes. Because the more I spoke, the more I felt like crying and the more I resented the crown that I had taken off of my head and had placed in my lap. And it just made me think: God, I love acting! And, most of all, I love acting out Shakespeare.

I was told that I had stage presence, a great voice for acting and all sorts of lovely compliments that I brushed off.

But I’m so happy that I managed to do it. I was worried that I wouldn’t be able to give Richard II the performance he deserved, scared little thing he is, but I did. It just got to the point where I surprised myself – how was I suddenly feeling so resentful of my crown of flowers and how was I suddenly filled with fear? I kept thinking, Henry IV is going to kill me, I know it.

It wasn’t that I was scared of being up in front of people – I’ve done stage acting before. I don’t care about people watching me. It just came down to the fact that I finally found what my drama class was always yelling about: my inner creative self or whatever. It sounds cheesy, but it was so exhilarating!

And I’m just so glad.

You can ignore the title of this entry. I have my book opened to a page from Henry V and Hal’s talking crap about the Dauphin, except he’s too British to use the word Dauphin and says Dolphin instead. I’m meant to be writing an essay about his ‘positive masculinity,’ but I’m having a hard time so I thought I’d write a Tower of London entry instead.

It was a bit of a disappointment. For one thing, a lot of the billboards were semi-blaming Richard III for killing the Princes, even though that was NEVER PROVED. But people love to hate Richard, so I don’t really blame them.

The real problem with the Tower is that they don’t really take advantage of the fact that so many gruesome and terrible things happened there. I would seriously FILL the place with exhibits on Anne Boleyn, the Princes, Richard II and even Richard III. But no – most of it is empty and/or filled with Henry VIII’s armor which is not impressive because all I could tell was that he was very, very fat.

Quite possibly the worst thing was the gift shop. I bought postcards of dead monarchs, which was probably a bad idea because the minute I put them on my wall at home I can almost guarantee that they’ll all stare me down (I’m looking at you, Richard). What was terrible was that they were selling a set of Christmas ornaments. To be specific, a set of ornaments called, HENRY VIII AND HIS WIVES. Which is in rather bad taste because he had most of them beheaded. (“Do their heads twist off?” was asked by one of the girls in my program, but I was too horrified to laugh).

One thing I did love was seeing Henry V’s (or Hal’s, because we’re at the point where I can quit calling him Henry) ceremonial sword. After that, it was all Henry VIII.

NOBODY LIKES YOU HENRY VIII.

Anyway, back to my essay. 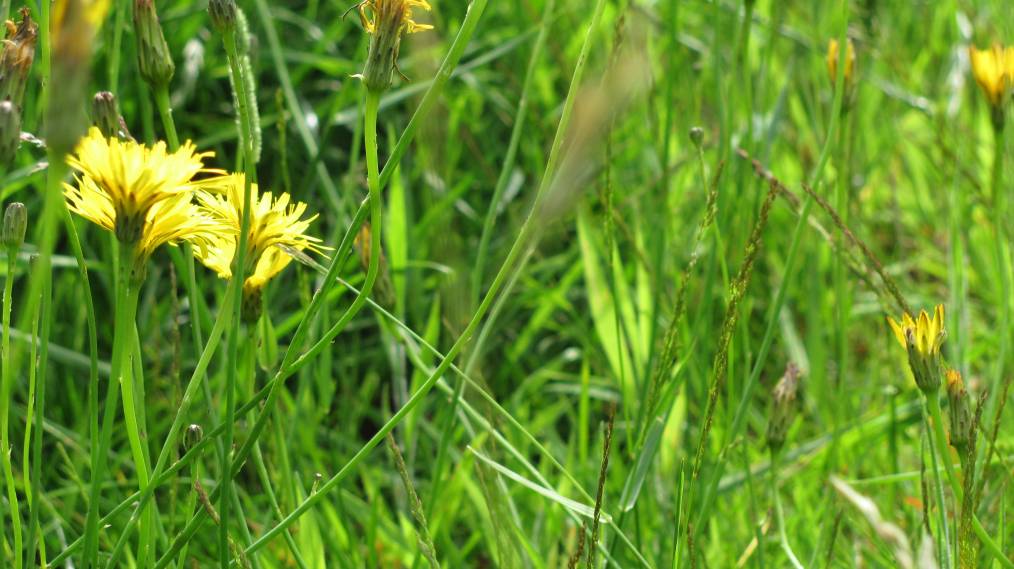 Here’s to another day rolling around in the grass at Kensington Gardens. If I could do one thing for the rest of my life, it would be to lie in the sun with a Shakespeare play.

I watched Richard II on BBC yesterday and it was fantastic. I always get so emotionally invested in characters from Shakespeare’s histories. It’s such a problem. If you are interested:

No matter where. Of comfort no man speak:
Let’s talk of graves, of worms, and epitaphs;
Make dust our paper, and with rainy eyes
Write sorrow on the bosom of the earth;
Let’s choose executors, and talk of wills:
And yet not so — for what can we bequeath
Save our deposed bodies to the ground?
Our lands, our lives, and all, are Bolingbroke’s,
And nothing can we call our own but death;
And that small model of the barren earth
Which serves as paste and cover to our bones.
For God’s sake, let us sit upon the ground,
And tell sad stories of the death of kings:
How some have been depos’d, some slain in war,
Some haunted by the ghosts they have depos’d;
Some poison’d by their wives, some sleeping kill’d;
All murder’d — for within the hollow crown
That rounds the mortal temples of a king,
Keeps Death his court: and there the antic sits,
Scoffing his state, and grinning at his pomp;
Allowing him a breath, a little scene
To monarchize, be fear’d, and kill with looks;
Infusing him with self and vain conceit —
As if this flesh, which walls about our life,
Were brass impregnable — and, humour’d thus,
Comes at the last, and with a little pin
Bores through his castle wall, and — farewell king!

Sheer poetry from a raving lunatic. Only you, Shakespeare. Only you.

I am a very small 28-year-old who lives in a big city. I’m a scientist by day and a Shakespearean by night.